Mellon has established esteemed Medical Advisors to provide leadership on the medical aspects of its new suturing technology. 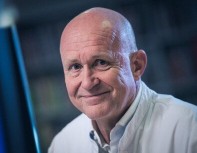 “I am proud to be part of this innovative endeavour that puts technology in the hands of vascular surgeons, which ultimately benefits our patients”