Mellon has established a Supervisory Board to provide the necessary guidance to realize its vision: to improve medical procedures by offering the best possible tools. 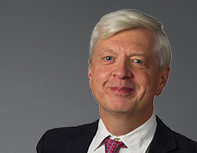 Jan Hendrik Egberts, M.D. has over 25 years of experience in the pharmaceutical biotech and, medical devices sector. He gained his medical qualifications from Erasmus University Medical School in the Netherlands and pursued the clinical part of his training at Harvard Medical School. He obtained his MBA from Stanford after which he joined McKinsey & Co. as a strategic consultant in New York. From 1994 onwards he held various business development and general management positions of increasing responsibility in the U.S. at Merck & Co. and Johnson & Johnson. In 2000, he initiated the leveraged buyout of the BARRIER surgical business from Johnson & Johnson and the subsequent merger with Mölnlycke Health Care. After the divestiture of Molnlycke Health Care he became CEO of Novadel Pharmaceuticals, Inc. Subsequently, Dr Egberts served as Senior Advisor, Healthcare Investments for 3i, the private equity firm. Most recently Dr Egberts, served as CEO of OctoPlus a publicly traded specialty pharmaceutical company in the Netherlands which was acquired by Dr Reddy’s from India and subsequently as board member / interim CEO of Agendia, a privately held gene expression company focused on oncology.  Dr Egberts currently serves as the Managing Director of Veritas investments, a private investment company focused on equity investments in European and U.S. healthcare companies.  During his career, Dr Egberts has held over 30 non-executive supervisory board positions in both public and privately held healthcare companies in the U.S. and various European countries. 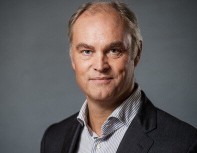 Rob is trained as a pharmacist and has over 20 years experience in the pharmaceutical and medtech industry in sales, marketing, business development and general management. During his 8-year tenure at Medtronic, he was responsible for building the European venture business for the Octopus and other minimally invasive cardiac surgery products. In 2004, he was appointed European marketing director for the Cardiac Rhythm Management division, after which he relocated to the Medtronic European headquarters in Switzerland. Rob joined BMEYE (hemodynamic monitoring) in June 2007 as the VP Sales & Marketing and was appointed CEO in January 2008. In 2012, under his leadership, BMEYE was successfully acquired by Edwards Lifesciences, the worldwide market leader in hemodynamic monitoring. Rob was CEO of Dezima Pharma which was sold to Amgen in 2015. He is currently Operating Partner at Biogeneration Ventures.

“Creating value through market adoption is my focus at Mellon Medical. An effective governance is key in building a successful company” 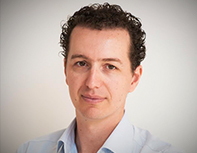 Oskar joined BioGeneration Ventures as a partner in 2016 strengthening the team with his commercial, business development and consulting experience. Oskar started his career in McKinsey & Company as a management consultant. After that he held positions in Crucell, first as business development director and later he became responsible for the Pediatric Franchise. After the acquisition of Crucell by Johnson & Johnson, Oskar led the Vaccines & Infectious Diseases business unit in Johnson & Johnson’s pharma joint venture Xian Janssen in Beijing, China. Prior to joining BioGeneration he was Chief Commercial Officer of Avantium, a leading chemical technology company and a forerunner in renewable chemistry.

Oskar has a degree in chemical engineering from the Twente University (NL) and holds a MBA from INSEAD.